On January 1st, 1988, at Western Montana College of the University of Montana, in Dillon, Montana, Pop. 4,000, Big Sky Telegraph came online to provide online courses for rural teachers in one and two room Montana schools. Back then, it was a world of Apple IIe’s, 1200 baud modems and $18/hr long distance toll charges. As isolated teachers worked through the online lessons they grew visions of building online peer learning communities and began sharing lessonplans. By 1990, over 700 lessonplans had been collected, which became the first set of lessonplans the U.S. Dept. of Education put online. (Announced in March, 1998, the newest national lessonplans database from the U.S. Dept of Education is now online at http://www.thegateway.org)

The emphasis of Big Sky Telegraph (http://macsky.bigsky.dillon.mt.us/g_ver.html) was exploring Interactive reading and writing as a new, unique communications medium with its own strengths and weaknesses. Anyone, anywhere, anytime could communicate without deference to age, sex, physical appearance, race, education level, location or time of day. Often creating greater intimacy than face-to-face relationships, rural teachers shared in depth issues, feelings, and resources with convenience and economy across the vast expanses of rural Montana.

Lessons learned from the ten years of Big Sky Telegraph’s social experimentation (1988-1998) are that while roughly 20% of the teachers involved eagerly shared the vision of building a peer community, many could not initially quite grasp the potential. For some, it took a couple months, for others a couple years, of "noodling around online" before they were able to internalize the potential. The independent-minded teachers preferred to have a choice of which lessons they worked on, and when. Despite learning differences, nearly all teachers arrived at the level of "rising expectations" regarding visions of reaching their full potential as teachers--online. The Big Sky Telegraph online community was self-selecting; those not interested in sharing resources, encouragement, and frontier visions just didn’t participate.

In 1993, Big Sky Telegraph received a major grant to create online courses which would produce K12 collaborative projects and other online offerings. Laptops were given to 20 rural teachers who would receive online courses with the intent they would then teach these same courses online to teachers in a five state area. A course was developed which explored the power and uniqueness of interactive reading and writing, but then the WWW appeared and suddenly interactive reading and writing was viewed as inferior "text-only" technology and the courses had to be rewritten with emphasis on graphical "point and click" Web pages. Many of the teachers who had been interacting regularly became solo basement browsers, dazzled by the new visual medium.

Today, Webmania is being replaced with renewed attention to "interactive reading and writing" because of the added availability of over ten collaborative Internet tools (such as e-mail, listservs, chats, and MUDs/MOOs—see http://lone-eagles.com/collab.htm) and the increasing interactivity built into Web pages. No longer passive billboards, Web pages are taking on the best interactive features of both educational software and communications networks developed over the past decade as new and exciting interactive options appear with increasing frequency.

In the Native Alaskan village of Galena, population 300, the Galena City School District has received grants to put computers in the homes of 80 village families and has helped secure funding for Internet training programs for teachers, students and community members from all eleven Native villages in the Yukon-Koyukuk Regional Consortium. In November, 1998, village teachers and students learned to create school web pages, which can be seen at http://www.gcisa.net/schools/interior.htm. The villages have two-way Internet via satellite dishes, which is essential since most villages are hundreds of miles from the nearest road system.

As a component of Internet staff development program, a circuit rider regularly visits the villages, sharing ideas for using digital cameras, MIDI musical keyboards, electronic art tablets, and other new and exciting creativity-enhancing technologies. Models of Alaskan school /cultural web pages and Native crafts entrepreneurial web pages can be visited through an online self-directed "WebTour which features a hotlist of student entrepreneurial resources at http://lone-eagles.com/alaskan.htm. Created for these "Culturally Supportive Workshops" is an online "Native Alaskan Cross-Cultural K12 Internet Guide" at http://lone-eagles.com/guide.htm, which is serving as a model for use with indigenous peoples internationally via the U.S. Agency for International Development’s LearnLink project: http://www.aed.org/learnlink.

On this new frontier of learning, many questions are being raised: What is the role of online instruction, what is the role of the teacher, and what works best in service of our students? Motivated students and adults can often learn well using interactive self-directed multimedia materials, just as the Big Sky Telegraph teachers preferred, while unmotivated students still need an encouraging relationship face to face with teachers to learn to love learning.

Master teachers are no longer limited to teaching the number of students they can fit into a traditional classroom or model of education, but can now create interactive learning experiences for hundreds, even thousands, of students. How to best budget a good teacher’s limited time as a key resource raises more questions and opportunities. Teachers can target their time for those students who need it most. With learning outcomes as the key measure, online models promise our best teachers the option of impacting more students and of increased earnings based on proven learning outcomes.

The University of Alaska, Anchorage, is offering a course for teachers based on this model through the Alaskan Staff Development Network http://www.asdn.org/~asdn/CYBER/odasz.html "Making the Best Use of Internet for K-12 Instruction" will be a self-directed online class based on the Native Alaskan online guide mentioned above, and will use a listserv so that participants can interact with each other. In this way, hundreds of teachers can take the class simultaneously. The instructor will be based in Montana, or will be on the road, modeling how technology can allow master teachers to become "Lone Eagles" with greater creative independence, mobility, and income than teachers have ever enjoyed before (http://lone-eagles.com).

We’ve come a long way from the early pioneering days of Big Sky Telegraph’s innovative rural teachers, but the core challenge of how best to bring people together to make good things happen remains unchanged. Soon, micro-satellites will allow for high-speed, two-way Internet access from hand-held computers anywhere on the planet. The issue will then no longer be that of establishing the "physical infra-structure," but will become that of creating a common sense "social info-structure," combining caring with connectivity.

There is no limit to the potential benefits of a good teacher/learner online mentoring relationship, or of the global impact of one good teacher’s self-published learning resources. Already, teachers are sharing materials in worldwide online tutorials for citizen activism such as "The Virtual Activist" (http://www.netaction.org/training). As more and more people begin to understand that the Internet’s greatest potential is that of creating a true global transnational electronic democracy, more and more individuals will see how they too can make a worldwide contribution (Electronic Democracy WebTour: http://lone-eagles.com/democracy.htm).

In today’s world, it’s a fact; everyone can be both learner and teacher, all the time. 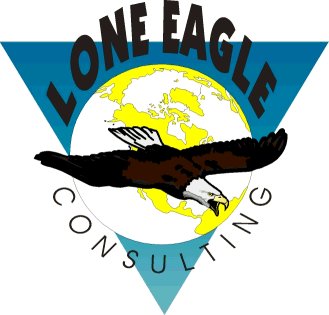 Frank Odasz (Lone Eagle Consulting- http://lone-eagles.com ) founded the Big Sky Telegraph and co-founded the Consortium for School Networking (CoSN) . He has served as a senior advisor on community networking to the Morino Institute and as a member of the Institute's web review team. He has also been an advisor to the Online Internet Institute, Princeton, New Jersey. Frank has also served on the advisory boards of Hawaii Online, the Online Chronicle of Distance Learning, the Rural Datafication Conference, the "Creating Teacher Connections" Annenberg project, the Community Networking Institute (Kearney, Nebraska), the NSF/Network Montana Community Networking Project, and the US WEST Montana Teachers Network.

He was listed as one of the one hundred most influential people in the microcomputer industry by Microtimes Magazine, in1990. Under his leadership, Big Sky Telegraph has been cited for excellence in four reports by the Congressional Office of Technology Assessment, and by a major study on rural telecommunications and economic development produced for the U.S. Telephone Association by Mesa, Inc. Big Sky Telegraph was included in 1992 NII White House Agenda report as a network model of excellence.